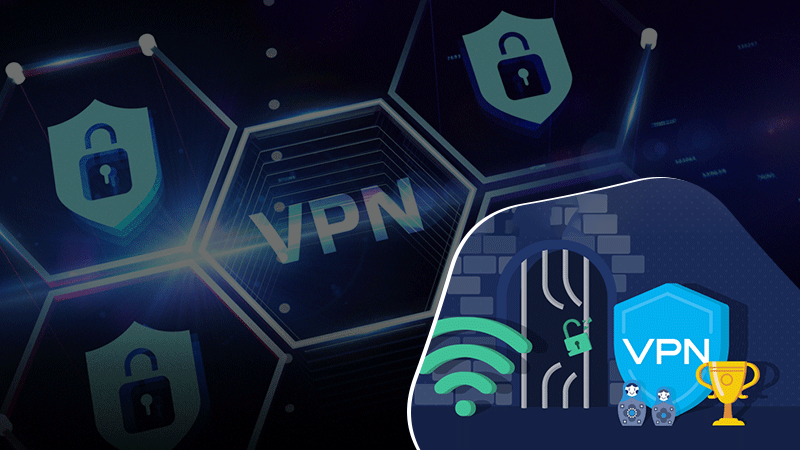 Securing private data is becoming more and more of a challenge as cyber-attacks are persistently on the rise. The heightened need to protect data has made VPNs an inseparable part of several businesses and individuals, especially those that use the Internet a lot.

What is a VPN?

A VPN or virtual private network is a service that creates an encrypted and safe online connection. Internet users use VPNs to give themselves anonymity and privacy online or circumvent geographic-based censorship and blocking.

Essentially, VPNs extend a private network across a public network, allowing users to send and receive data across the Internet securely. In addition, users can use a VPN for multiple devices, including mobile phones, laptops, and tablets.

How Does a VPN Work?

A VPN is a particular server responsible for filtering and encrypting Internet traffic. Typically, VPN providers have hundreds or even thousands of servers worldwide. Once a device is connected to a VPN, cybercriminals and third parties cannot see the user’s IP address because it is hidden.

VPNs come in handy in several instances. For example, you can use them to hide your IP address and scramble your location. In addition, you can access geo-blocked content using VPNs. Furthermore, this service helps to secure data and allow control access to data.

How Do VPNs Secure Data?

VPNs work by establishing encrypted connections between devices. They often use SSL/TLS or IPsec encryption protocols. The devices connected to the VPN set up encryption keys, which are used to encode and decode the information sent between them. However, the process might add a small amount of latency to network connections, slowing network traffic.

Encryption helps to scramble data so that nobody but authorized parties can comprehend the information. Readable data is taken and altered so that it appears random to hackers and other attackers trying to intercept it.

The effect of this encryption is that VPN connections become private, including the ones stretching across public Internet infrastructure.

Furthermore, VPNs secure data like browsing activity from Internet service providers or ISPs. Typically, ISPs collect user data and sell those to third parties who use it for marketing purposes. But once you are connected to a VPN, the Internet service provider will not be able to see anything that you do online. They won’t be able to monitor and track your online activities. Hence, your private information will remain secure and third parties cannot use them for marketing or other purposes.

One aspect of keeping sensitive information safe is controlling who can access the data. VPNs act as a point of access to data stored in company servers. If you connect a VPN to your organization’s database and network, you can safely provide access to specific individuals within the organization. It is also possible to create a separate VPN for marketing data and another for financial data. The sensitive company data can only be accessed by those permitted to access the specific VPNs.

Regarding security, managing access to your organization’s data is one of the most critical things to consider. You must not give away access to random employees as that will make your company information vulnerable, and they may fall into the wrong hands.

VPNs are used for access control, along with dividing the data into different sets so that you can ensure the data is accessed by only authorized personnel. Also, the data will be transmitted securely via reliable encryption. Third parties cannot access this information, which will thwart all cyber criminals’ attacks.

When people are working remotely, using a VPN for access control is particularly important. Since most companies are allowing work from home after the pandemic, VPN has become an integral part of the day-to-day functioning of the enterprise. By using this service, companies can ensure the data is always safe and encrypted. As a result, outsiders cannot access the data, and the company data is safeguarded even if someone is on an unsecured network.

For instance, plenty of remote workers rely on public Wi-Fi connections, and these connections don’t have encryption. As a result, people keep connecting to these networks without realizing they’re vulnerable and exposing their data to hackers connected to the same network. However, thanks to a VPN service, employers don’t have to worry about the networks because their employees are connected to finish their tasks. That’s because the data is encrypted, and there’s no way hackers can gain access to them.

Are there any Drawbacks to Using VPNs for Access Control?

There are some downsides to using a VPN for access control, such as:

VPNs offer security and access control like no other. They encrypt Internet traffic and hide IP addresses to ensure complete online anonymity. They ensure that personal information is safeguarded, even if the user is connected to a public Wi-Fi network.