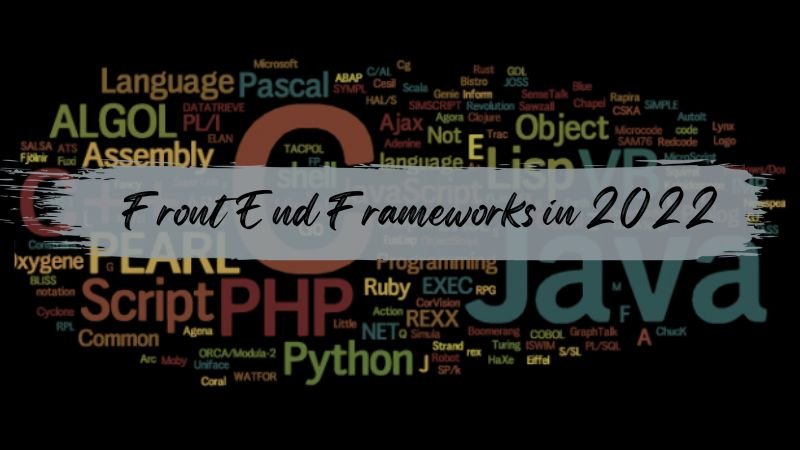 In the last few years, we’ve seen new frameworks and technologies emerging in the web development world. This has made it hard for most web and software development companies to keep up with these latest trends and changes, which don’t look as if they are about to stop.

Today, there are over 100 languages and frameworks out there, making it hard and challenging for most developers to choose the best framework or language for their project. What makes it more challenging is that some of these frameworks are open source while others are not.

With that said, it’s important to note that each framework comes with its benefits and drawbacks. So, it’s important to understand the requirements of your project before choosing the right framework. This post will discuss the top front-end frameworks to choose in 2023. Let’s delve in.

React.js is a JavaScript open-source front-end library that was created by Facebook. It’s used for building user interfaces and single-page applications. With React.js, developers can create reusable UI components.

The major advantage of using React is that it makes it easy to develop large web applications that can change data without reloading the page. This is because React uses a virtual DOM, a JavaScript object. This object is then used to make updates to the real DOM tree. Another advantage of using React is that it’s easy to test since it comes with an inbuilt test suite called Jest. This makes it easier for developers to catch bugs early on in the development process.

However, one of the drawbacks of using React is that it’s difficult to integrate into an existing codebase. This is because React uses a completely different approach when it comes to structuring code as compared to traditional frameworks such as AngularJS.

Another great advantage of using Vue is that it comes with a virtual DOM, making it easy to make updates to the real DOM without reloading the page. This makes it very fast as compared to other frameworks. However, it’s important to note that this framework doesn’t have as many features as some of the other frameworks. This can be seen as both an advantage and a disadvantage depending on your project requirements.

AngularJS is a javascript framework that helps to create single-page web applications. It is open-source and maintained by Google. AngularJS is based on the Model View Controller (MVC) architecture, separating the code into different parts. The model handles the data, the View displays the data, and the Controller manages the interaction between the two.

According to the Active Logic, Javascript development company, this helps to make the code more organized and easier to maintain. AngularJS also uses two-way data binding, which means that changes in the model are automatically reflected in the View. This makes development faster and easier, as developers don’t have to constantly update the View when changes are made to the model. Finally, AngularJS has several built-in features, such as dependency injection and templates, that make it a powerful tool for web development.

Ember.js is a front-end JavaScript framework that was created in 2015. It is based on the Model View Controller (MVC) architecture pattern and helps developers create single-page web applications. Ember.js includes several features that make it unique, such as its templating system and its use of the Handlebars library. In addition, Ember.js is also one of the few frameworks that use two-way data binding, which allows for real-time updates to the user interface. As a result, Ember.js is a powerful tool for creating modern web applications.

Semantic-UI is a front-end framework that uses natural language conventions to make code more readable and understandable. It is based on the principles of the Semantic Web, which is an approach to making information more accessible and easier to process by machines. By using Semantic-UI, developers can create responsive, flexible, and adaptable user interfaces with minimal code. The framework comes with a wide range of UI components, which can be easily integrated into any project. In addition, Semantic-UI is compatible with all major browsers and devices. As a result, it is an ideal solution for creating modern web applications.

Svelte is a front-end JavaScript framework designed to be lightweight and fast. It accomplishes this by compiling your code at build time instead of run time, resulting in smaller bundle size and faster performance. In addition, Svelte uses a virtual DOM, which further optimizes performance by only updating the parts of the DOM that have changed. While Svelte does not have as many features as some other frameworks (such as React or Vue), it makes up for its speed and efficiency. If you’re looking for a framework that will help you create fast and responsive web applications, Svelte is worth checking out.

jQuery is a fast, small, and feature-rich JavaScript library. It makes things like HTML document traversal and manipulation, event handling, animation, and Ajax much simpler with an easy-to-use API that works across many browsers. With a combination of versatility and extensibility, jQuery has changed how millions of people write JavaScript. Today, jQuery is the most popular JavaScript library in use, with installation on 65% of the top 10 million highest-trafficked sites on the web.

Bootstrap is a free front-end framework for faster and easier web and software development. Bootstrap includes HTML and CSS-based design templates for typography, forms, buttons, tables, navigation, modals, image carousels, and many others and optional JavaScript plugins. Bootstrap also gives you the ability to create responsive designs easily. Responsive design is important because it allows your website to be accessible on all devices, including mobile phones and tablets.

Next, you can read: Strong Reasons to Go for Managed IT Services 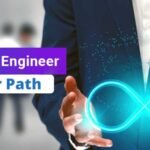 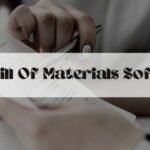