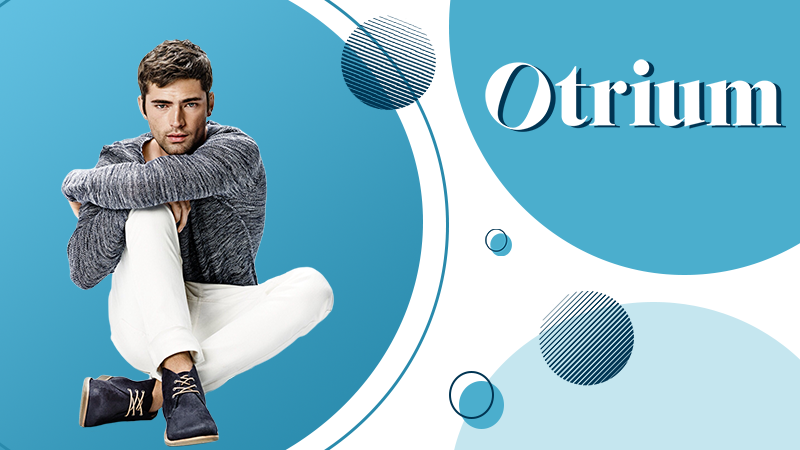 I’m sure at some point we all have a startup idea that we desire to accomplish at some point in our lives. Some of us even made it happen and some of us are still counting on it. Max and Milan from Amsterdam had such an idea too and fortunately, they made it happen. In 2015, shortly after they graduated they started working on their idea and launched an Amsterdambased clothing brand named Otrium.

This Amsterdambased Otrium is an online clothing store/market that offers the unsold, old, and unworn clothes of famous brands at a much-discounted price. As of today, the brand has succeeded at such a rate that each year, its revenue rises by 400 percent. So if you are here looking to know all about this Amsterdambased startup company, you are at the right stop. Go ahead and read to know all about it.

Otrium has three offices in three major cities of the world; New York, Amsterdam, and London, with over 270 employees and more than 600,000 customers.

Several big brands often overstock their items, these overstocked items are sent to Otrium’s warehouse from where they are shipped to the customers at discounted rates.

What is the Main Objective of Otrium?

In this era where you are often defined as the way you dress, fashion is one of the most crucial industries. Maybe this is why most fashion brands are forced to create more and more styles and designs at a much faster rate.

As per stats and data, at least 10 percent of each brand’s stock is left unsold, and unused at the end of every season. This is where Max and Milan (owners of Otrium) claim that they have something that can be a game changer for the entire clothing industry. Plus this y can be effective for both, the suppliers and the buyers.

By collaborating with Otrium, suppliers can get rid of their unsold stock and move ahead with the fresh ones.

You must be thinking that there are other stock buyers and flash sales as well for the same, but sellers are sometimes unwilling to sell their stock to them as they don’t receive enough amount against it. This is again where Otrium came to the rescue as it claims that they offer about 2-3 times more than flash sales and stock buyers. Hence, brands are usually lured away by Otrium’s offer.

This way customers get a great opportunity to own branded clothes at a very low price. While brands can generate high revenues from the stock they typically store at the warehouse at zero costs.

How Does Otrium Make Money?

The other one is by assisting with a full-supply chain facility. This means that all the items they sell are stored physically in their own distribution centers. This simply eliminates the shipping cost so that they don’t have to pay for any third-party distributor.

Otrium received an $8 Million Series A round just four years after its launch bringing up a total equity investment to $37 Million. And then later in May 2022, they raised Є24 Million in the series B round.

After series A and B, the series C round of funding is expected to make it easier for Otrium to enter the US market even more effectively. And as a result of the deal, Juliet De Baubigny, who is the general partner of the BOND will join the board of directors at Amsterdambased Otrium 120m Series C funding.

It was observed that still there is a significant number of stores that aren’t connected to the online eCommerce world and Otrium could help this market grow.

Coming back to the stats, about 12% of the clothes that are produced at the moment aren’t being sold. Now that 12% is about 230 million clothes in Germany which has a population of about 80 million.

This means that the number of clothes is almost three times the number of people. And that’s just the stats on one country, think about the others as well.

This is what Amsterdambased Otrium series C funding 120m has been working on, their goal is to bring this number down. It already has about 300 fashion businesses built into apps and about 3 million people have already signed up for it. And not just that, they even have partnerships with some well-known brands like Karl Lagerfeld, Joseph Anine Bing, Belstaff, and many more such.

The Amsterdambased Otrium series C 120m funding just put out a set of analytics of the brands that help with forecasting and also help the couture designers find the right closet for their designs and collections.

This platform helps sellers recognize what sells and what doesn’t, this helps them sort out what can be the next big thing for the fashion industry and where they have been wasting their time.

Milan Daniels, Co-founder, and CEO of Otrium said that-

Otrium recently announced that it has received about Є102.3 million in series C funding. This project is currently being launched in the United States and with some enhanced features that will help them reduce the amount of unsold fashion in the future.

The Amsterdambased Otrium 120m Series C funding has also revealed that their sales have grown by three times since the year 2020. It has more than 3 million registered users and the app has now more than 300 fashion retailers tied up with them.

Is Otrium A Genuine Company?

Even after all this, one thing still bugs our minds whether Otrium is a genuine company or not. This can be demonstrated by Otrium’s customer reviews if the company is worth putting your trust in or not.

Starting with their website only, it is affirmative that their site http://www.otrium.co.uk/ is a navigational and reliable site. Their selling and purchasing of clothes are approved by the law, hence, there won’t be any legal trouble.

Let’s have a glance at some of their positive feedback from some happy customers:

What are the Policies of Otrium?

There are certain policies that this Amsterdambased Otrium goes with. Starting with the first one. All the orders that are placed at Otrium within the United States will receive free shipping. It’ll just take 2-3 business days to be delivered to your doorstep. Exceptions are Hawaii, Alaska, and all the Island States in America, Otrium is available all over the United States.

Returns at Otrium are free of cost as well. You can return your purchases within 60 days. The only thing to remember about the purchased items is that they shouldn’t be worn and should be in original condition with tags, and if they are untouched, you will get a full refund for it.

If you are returning a swimmer or underwear, make sure that the hygiene tag remains intact.

Otrium is nothing but a fresh approach to making the famous and everyone’s favorite brands accessible to everyone without the bias of affordability. This says customers no longer have to visit the thrift stores for their favorite brands.